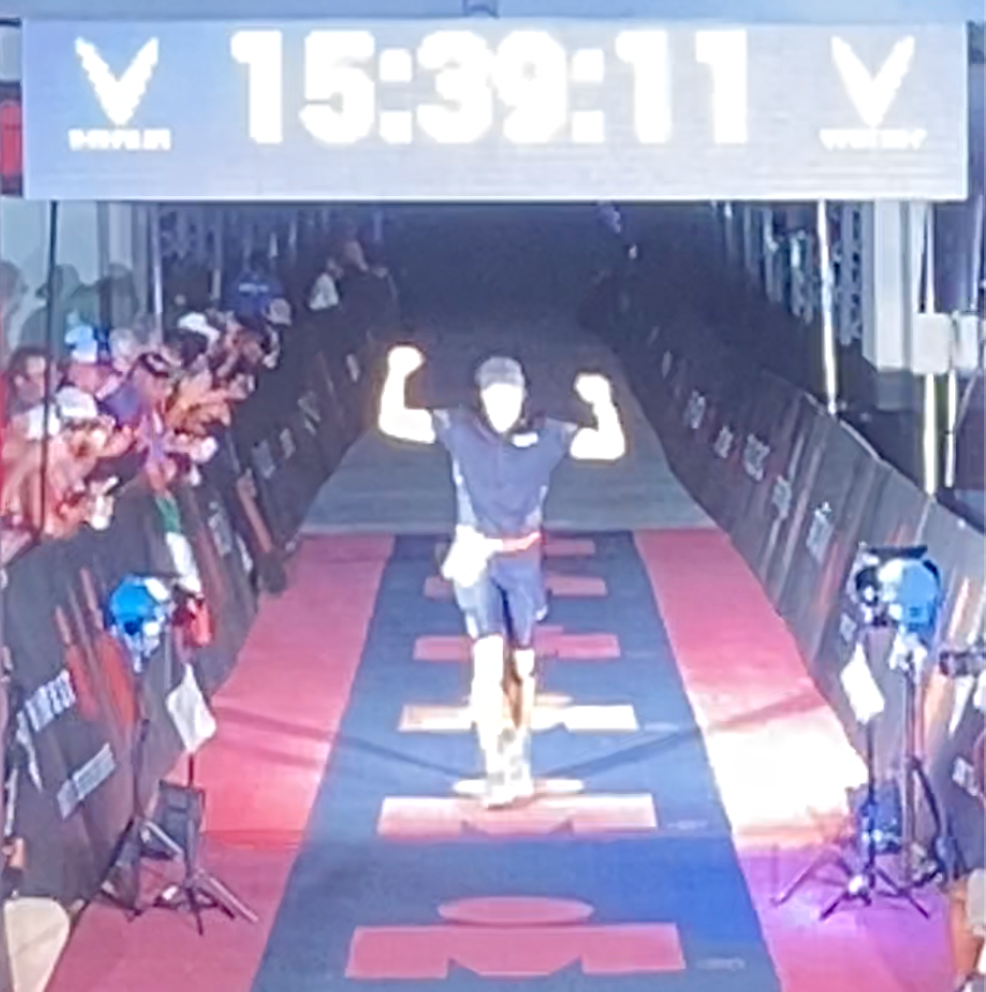 Why Waco? In short, it’s GeeGee’s fault :) Coming off an uninspiring finish at Ironman 70.3 Galveston in April, I was hoping to schedule another race soon to keep my momentum and find the inspiration I had last year. To my surprise, GeeGee told me I couldn’t do a race in June, and since I don’t do well with rejection, I found a work-around by scheduling a more difficult race later in the year. I’m not sure I fully considered how much work I had just caused myself!

If you know my wife, GeeGee, you know that she’s unfairly fit and effortlessly beautiful, so keeping up with her is a never-ending task. I signed up for my first triathlon in December 2021 because I knew swimming was a good way to stay in shape, but I couldn’t swim more than 20 yards without doggy-paddling. YouTube swim tutorials and my father-in-law's bike got me through my first race, a half-Ironman 70.3-mile distance in LaQuinta, California; it was a blast, so I signed up for another in April of 2022 in Galveston. The Galveston 70.3 was disappointing. It was my second half-Ironman, and I didn't feel like I trained with any real excitement, at least not compared to my first race, when everything was new and unknown. I wasn't impressed with my time, and overall, it felt like I was just going through the motions. I knew I needed something big, something challenging enough to get me excited again.

I originally circled the Lubbock 70.3 in June, but GeeGee quickly shot down that idea since we were supposed to be moving into our house that month (we were way off on that date, which turned out to be early September, but that’s another post). The only other race in Texas was Waco in October and that was too much time to get lazy. Considering I had 30 weeks to prepare, it felt like the full Ironman was taunting me. The thought was intimidating, but also exciting, and that’s what I needed.

30 weeks is a long time to hold onto a goal, and this goal was so big that I needed help. GeeGee was already tired of hearing about my training complaints, so I hired a coach to give me guidance. What I quickly realized was how important it was to have that accountability. Out of ~180 training sessions, I only missed 5, because I hated the thought of going back to my coach with excuses. Training wasn’t smooth sailing either. I got Covid (for the 3rd time) in June; I broke my hand falling off my bike in July. On more than one occasion I came back from a run or bike dry heaving on the kitchen floor, with GeeGee and the girls just looking down at me with a rather judgmental “why are you doing this to yourself” look. Slowly, 3-mile runs turned into 13-mile runs. 20-mile bike rides became easier and were replaced with 60-mile bike-and-run sessions on Saturday morning, with a break in-between to coach my daughter’s soccer team. All things considered; I was starting to feel like I might finish this race without dying!

As I packed for my trip to Waco, 2 days before the race, I was quietly freaking out. The weekend was projected to be hotter than normal, and after the many summer workouts that ended with me slugging back to the house with heat exhaustion, I was dreading hot weather for race day. In addition to that, if it’s too hot they won’t allow wetsuits for the swim, the one part that I was genuinely fearful of quitting or dying. Race day morning I felt good, the race was deemed wetsuit legal and as the gun went off, my first strokes in the water gave me false confidence that I was going to crush this race.

I finished the swim with a really good time, 2.4 miles in 90 minutes. Getting out of the water was a relief, not only was 1/3 of the race behind me, but on the bike and run I could just stop moving without sinking if I needed a break. Transition 1 went smooth and getting on the bike felt good. Two laps of 56 miles were in front of me and I was packed with nutrition. I settled into the ride, keeping my heart rate low and focusing on eating every 15 minutes. Suzie, Mike, and GeeGee were all texting me, which helped to keep my mind off the work ahead, Cam even texted me offering to bring me food, but the cheeseburgers never showed up!

I was rolling along smoothly through the first 75 miles, still thinking that I was going to crush this race. I had visions of a personal best, maybe even qualifying for Kona (first 2 finishers in your age bracket)?! And then my confidence quickly and unceremoniously ended at about mile 80. The heat was reaching 91 degrees, the sugary Gatorade was too much, and my stomach turned sour. 15 minutes later I was stopped on the side of the road dry-heaving, and I honestly didn’t know how I was going to finish the last 30 miles on the bike, let alone the marathon that was waiting. I was overheating so fast; pouring water on my head helped but then I didn’t have enough to drink. 15 miles outside of Waco, with the sun beating down and the pavement reflecting the heat, I was really regretting all of life’s choices that brought me to this point.

I finally made it to transition 2 after a 7-hour 12-minute bike ride, but I was in bad shape. As good as it was to see GeeGee and the girls waiting for me with signs (Hadley was especially proud of her “Smile if you peed during the swim” sign) all I could do was take the Excedrin and go lay on a bag of ice in transition to contemplate the last 26.2 miles.

The first 6 miles of the run were not awful. It was nice to be off the bike finally, and even though my stomach wasn’t accepting food yet, I was making strides. At the 11-hour mark, my headache was fading with the sun, but my lack of nutrition was starting to catch up. I had 20 miles to go, and zero energy left. My feet hurt, my legs felt like they were going to cramp up if I so little as bent down to tie my shoes, and my will power was shot. I was finally choking down some food, mostly in the form of warm chicken broth (that was a pleasant surprise on the course!) As night fell and I was making my second loop around a beautiful Baylor campus, deliriously playing hopscotch on the “Bear Walk” outside of McLane Stadium I could finally see the end in sight. Just over the Brazos River bridge, 15 hours 28 minutes and ~100 yards from where I started the morning, I crossed the finish line at 11:19pm.

After 8 months, 250 hours of training, 400 miles of running, 900 miles on the bike, 50 hours of swimming, 3 pairs of shoes, a bout of COVID, 1 broken hand, and countless loads of laundry, I’m ready to turn the page on this chapter of life. My family and business are both more important. I didn’t come close to qualifying for Kona; I didn’t even finish in the top half of my age group. I'm not particularly proud of my time (I did get beat by a 70-year-old), nor do I feel compelled to best it. I'm not particularly proud of the distance (140.6 miles seems arbitrary, I think 100 miles would have been hard enough, and then I could have eaten my Fazzoli's before it got cold). But I am proud that I got closer to my breaking point than most people will allow themselves, or maybe just that I lined up in search of it. Hopefully next time, I'll have the courage to find it! 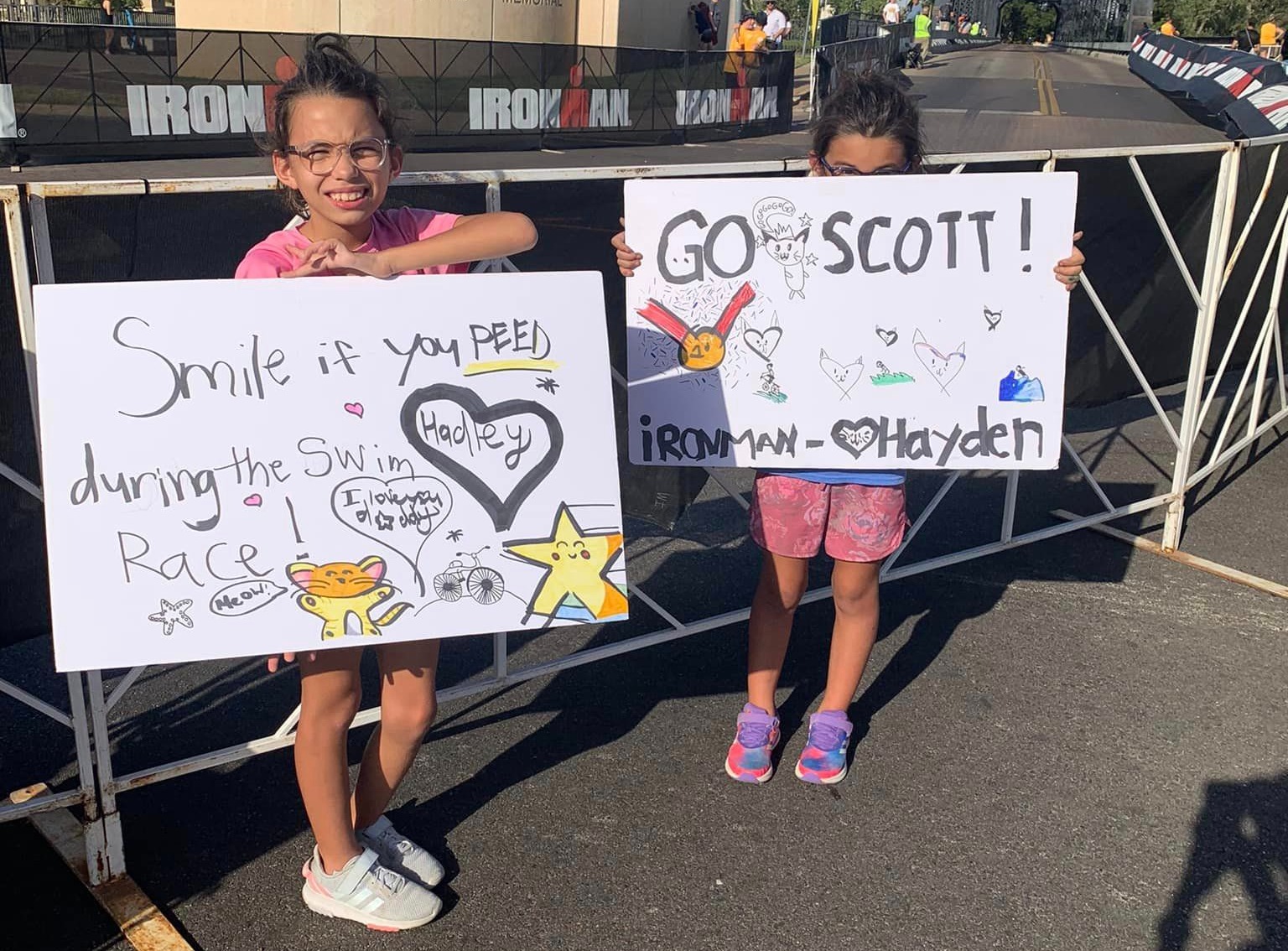