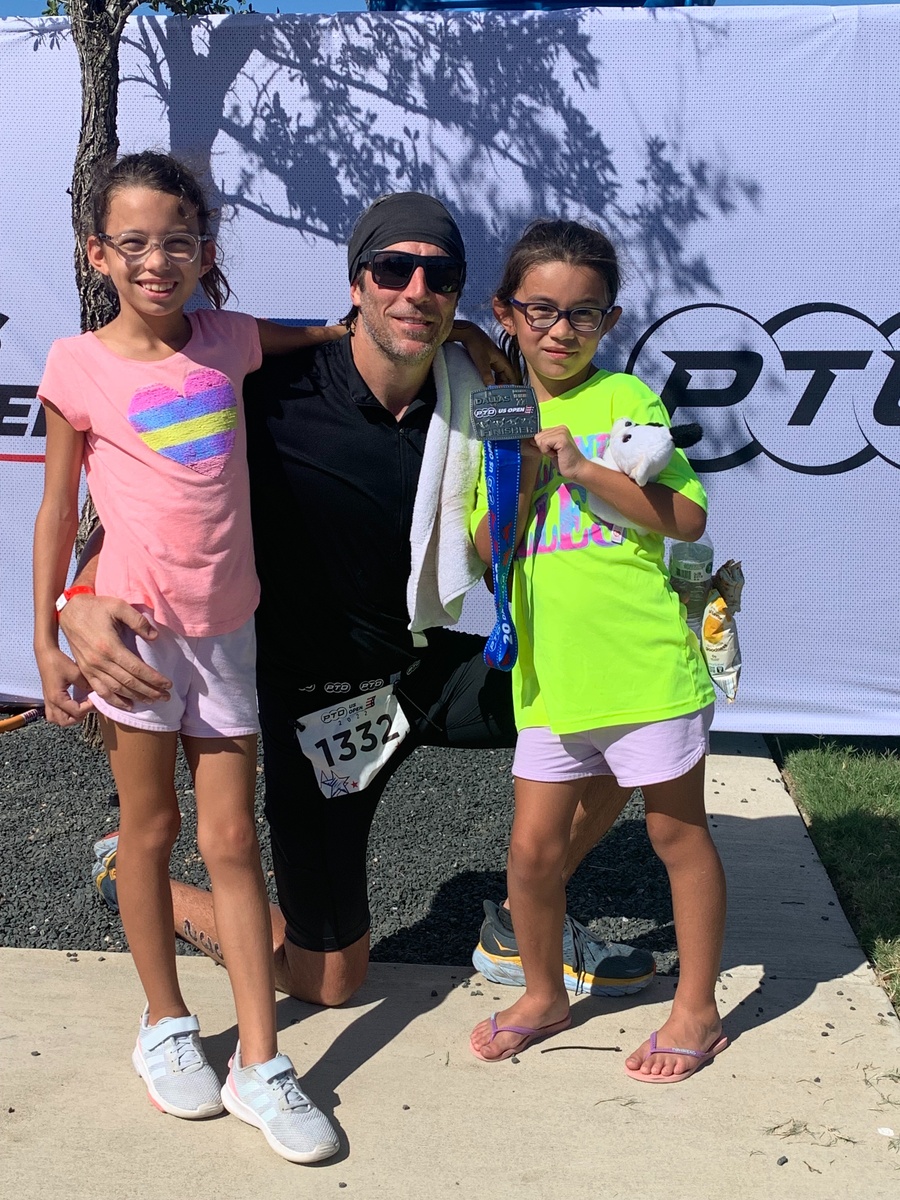 Adding this race was a late decision, and something I was excited about, until I actually had to do it. I didn’t know a race was coming to Dallas until about two months ago, but I’ve been training for the October 15th Ironman Waco since late January and the timing of this race fit well for a tune-up. I’m also a sucker for “free” gear (never mind the $250 entry fee to get the “free” stuff) and the distance was scheduled to be about half the total distance of a full Ironman, so it wouldn’t take much recovery time to get back focused on Waco. 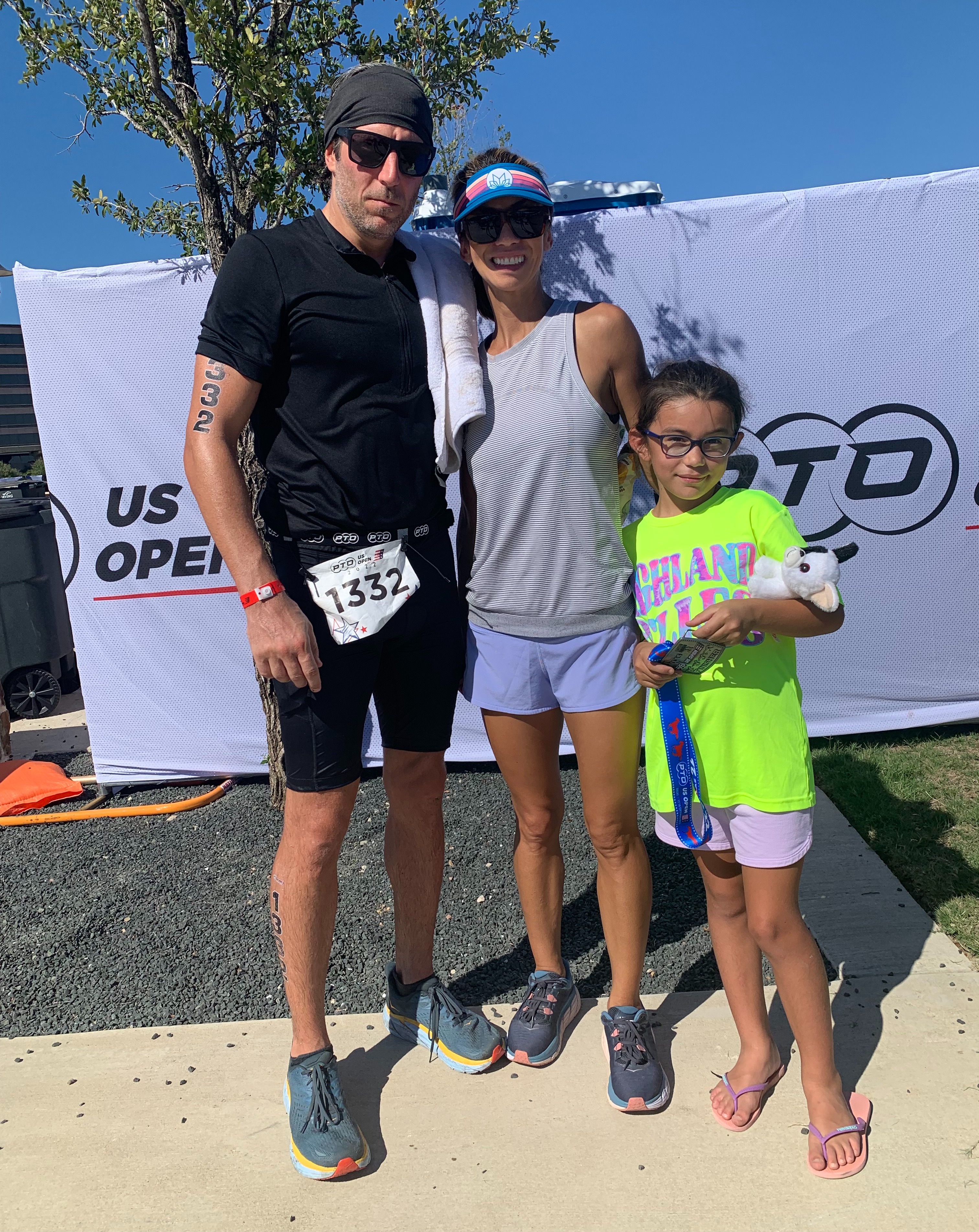 The PTO (Professional Triathlon Organization - no, you don’t have to be a full-time triathlete, I joke that my division should be called the “mid-life crisis” division) is a fairly new organization that competes with the Ironman brand, so I was curious to see how different the race would be. When I showed up on race-day morning they announced that they were cutting the distance down to 60k due to a heat advisory in the afternoon, I guess if you don’t live in Texas a 95º day is worrisome…living here, it’s nearly expected. The venue in Irving was set up nicely, with a swim in Lake Carolyn, and most importantly for GeeGee, the parking was easy :) I didn’t mind the shorter distance, it just meant the post-race beer came earlier than expected! 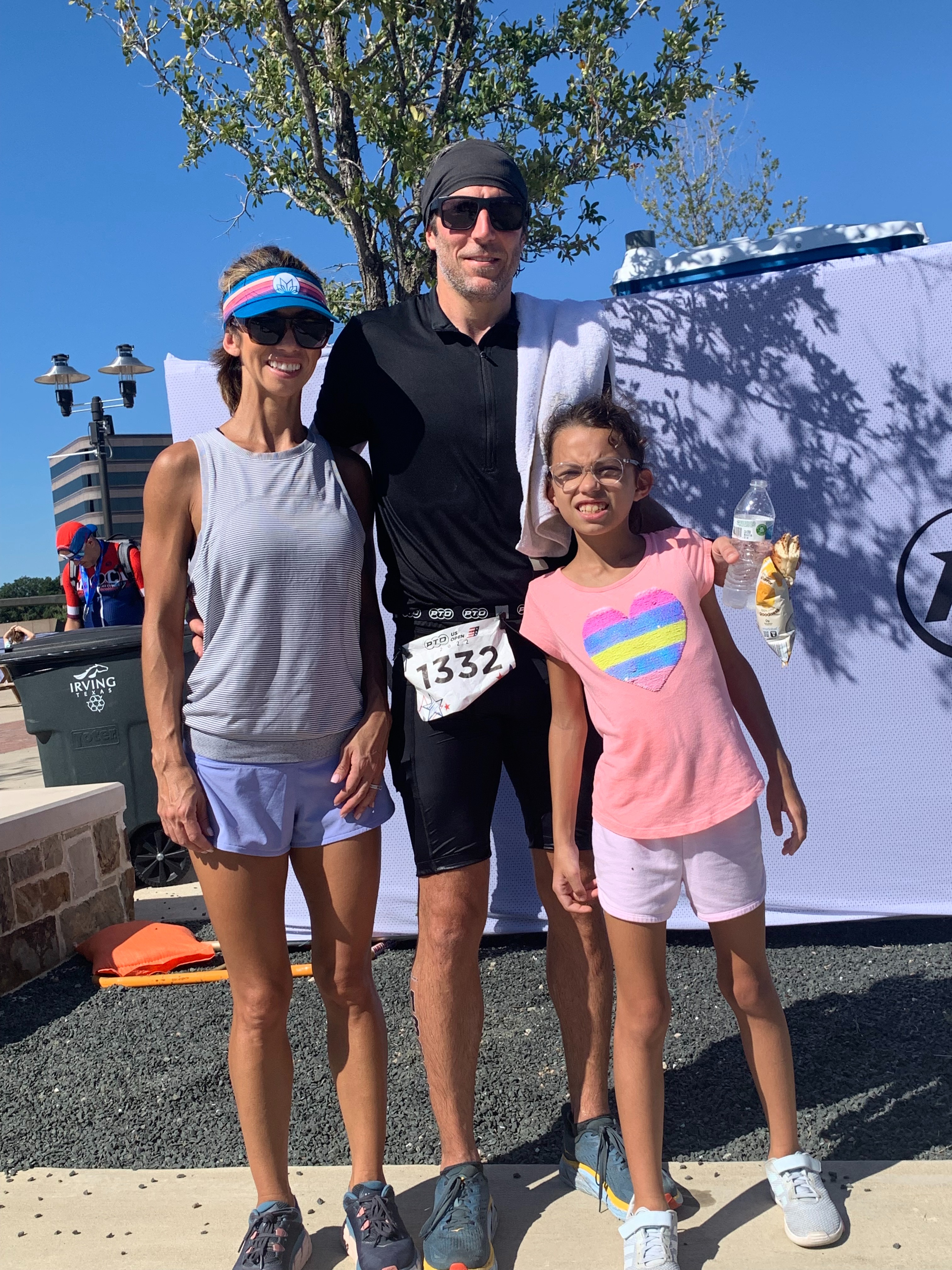 And now...back to the grind for Waco!